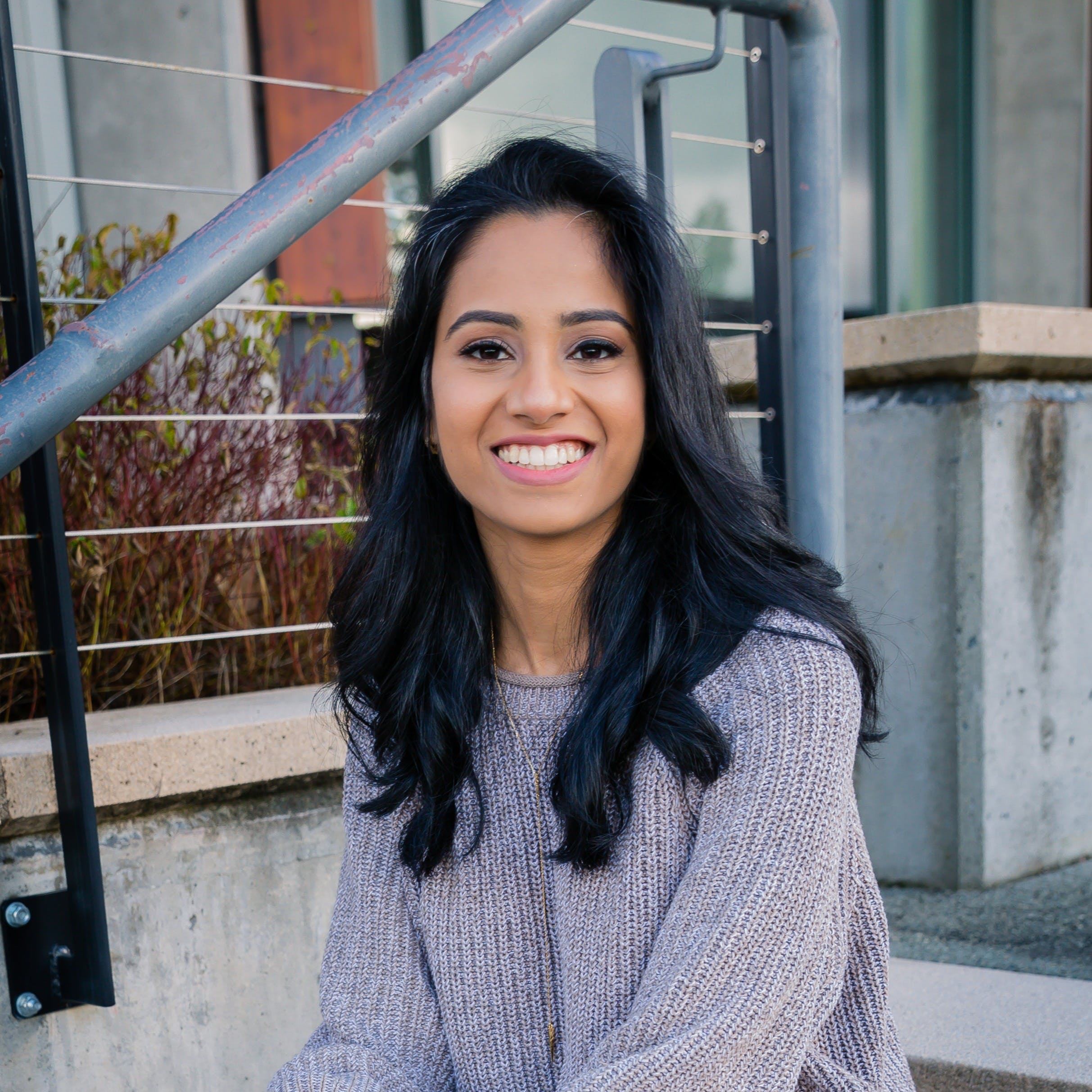 Hey, there! I talk about non-linear growth strategies and leadership development for tech managers. Get mindset deep dives to break through into senior leadership roles.

5 reframes to step into powerful conversations

Last week I talked about the 3 reasons you need to start stepping into critical conversations.

I also said, “Powerful decision-making steps from your willingness to step into powerful conversations.”

Most likely, you proactively try to have these conversations. But, you kick yourself when those don’t go too well. This might cause you a cycle of self-doubt and resistance for the next time.

You see, courage is not the problem here.

The real problem is we have numerous sneaky mental stories (gathered from our past experiences) that stop us from willingly stepping into uncomfortable situations and, thereby, leadership.

In today’s issue, I want to dive into 5 mental reframes you can adapt to improve this willingness. Note: This email turned out to be denser than I initially planned, so grab a coffee and relax into your chair as you try to soak in these reframes.

A quick side-track: I did my first ever public speaking gig on a LinkedIn live this week (Yay!) - The most critical mindset shift to repair an overflowing calendar. Check it out here. (Disclaimer: It’s a promo for a longer masterclass I’m doing in October for Tech Diva Success Club). If you’re a woman in tech or an ally, come check out the club! Coupon to join- 2FORYOU

Alright. On to today’s deep dive!

There was a time when I avoided all and any confrontations.

The possibility of hurting someone or hurting myself were my deepest fears. So, I always either made sure I never messed up (so nobody would confront me), or I would just give the silent treatment when I was annoyed.

Can you guess where that landed me?

A perfectionist and a people pleaser.

All the while, the issues that needed to be addressed were hanging out as huge elephants in the room. This was true everywhere – work, family, and friends.

Now, I see these conversations completely differently. I see them as opportunities to create something amazing in this world. How did I go from a scared, annoyed cat to a cool cucumber? (Okay, to be honest, I’m not that cool, it’s always a WIP).

So, here are the reframes I made along the journey to change my relationship to critical conversations:

Reframe #1: You’re hurting the person precisely because you’re avoiding what needs to be said.

If you can predict that the person will not react well to what you have to say, it is uncomfortable, period.

But when you’re in the context of developing your leadership, you can only progress if you grow others’ leadership.

For example, one of your high-performing reports, let’s call him Josh, is pushing the team hard and forcing them to do things a certain way. Something in his intent is causing him to cut people off. If you, as his manager, don’t step in with a willingness to develop his leadership, you might be hurting him in two ways.

This is why high performers leave and endlessly search for that one leader who’ll coach them the right way.

These moments are golden opportunities for your and others' leadership. If you address this right in the meeting or privately with Josh after the meeting, you’d have a more invested team and a better culture.

Reframe #2: Their reactions are not about you. It’s how they see the world.

One of the worst assumptions we (innocently) make is that others’ actions/reactions are about us.

That’s how our egos function. Think about the last time someone left your team.

Your mind might have automatically brought up worries such as:

Notice a common theme? - The thoughts are about you, not about them. When, in fact, they might have left just because they found a workplace closer to their kid’s school (It’s never the REAL reason, is it?).

My teacher lovingly calls this the ‘Me-Show.’ All of us are always in this show.

Their reactions come from their past conditioning, their insecurities, and their sense of lack.

It’s how they see the world

It’s not about you.

This is one of the biggest jumps in Insight you can make as a leader.

I dread being called anything other than nice, caring, and compassionate.

So I prove to everyone on this planet that “yes, infact, I’m a nice, caring and compassionate person”. “Haven’t you seen how I always think about what you need and do that for you even before you ask? That’s because I’m a reaaaally nice person.”

And then, eventually, when someone indicates that I’m not that nice, it triggers me.

“I’ve put so much effort into being called nice, and you tell me I’m not? How dare you?” (Btw, you might’ve guessed, this is the underlying internal dialogue of ALL social media wars.)

So we put up an even more nice, more caring, and more compassionate performance. And we become a human surrounded by eggshells.

This bleeds into every relationship we have. Even the professional ones when you get close to your manager or engineers over time.

Another significant breakthrough one can have along the path of transformation is realizing that they’re not the ideal goody-two-shoes they perform to be.

Any transformation can begin ONLY when you embrace these gray areas. Any hack or trying to be non-selfish or kind would end up being another performance.

The moment you acknowledge your ego, your conversations become much less uncomfortable and more powerful.

Reframe #4: They’re not responsible for your desired outcome. You are.

More often than not, difficult conversations are difficult because we blame other people.

Think about it, your manager SHOULD promote you to the next level already, right? Even though you might understand the “business need” argument (and give the same reason to your reports), you believe they’re responsible for giving you the work and growing your career. Sigh, If only they change!

The reason we default to this thinking is that we put the burden of responsibility on others.

These beliefs are pretty sticky. We think our ways of seeing this problem (where they are responsible) are the best ways to get the outcome we want. 2 possibilities to move forward from here:

This is a shift to radical responsibility (which is different from self-blame) - you lose attachment to your outcome from the conversation and are open to mutual goals.

Reframe #5: It’s your duty to find your role in your industry.

This one is for conversations where you ask for what you want - it could be someone in your network, a recruiter, or even a sponsor.

If you’ve been a manager for a while, you must’ve gotten comfortable asking for what you want. But, there is always the next level that you’re uncomfortable with. If you could make a business case to your executive about what you want, does that drive up the edge?

You could easily let the thoughts of such edgy conversations pass up. But, I argue that you’ll find career turning points when you lean into those.

One of my mentors had to take late-night calls. She kept taking these calls rationalizing how they’re important for her career. But, one day she inquired deeply into what she wanted and then went to her manager, ready to take a demotion. She didn’t not only get her request met, but it also changed the whole culture of her team.

Consider this: instead of approaching what you want as self-centered, what if you saw it as a way to discover your role as an industry player?

It’s where you fit.

It’s where your strengths, quirks and passions fit in.

And your job is only a part of it.

So why not approach your conversations with the intent of finding this fit. Then any ask becomes a parameter in finding that fit rather than a self-centered “boundary.”

The subtle difference between a confrontation and a powerful conversation is this - Who is at the center?

To be clear: I’m not asking you to be confrontational.

A confrontation is about you - how the other person has frustrated you or made your life hell.

On the other hand, a powerful conversation is about them and mutual goals. It’s about getting them present with the impact of something they’re doing and helping them reevaluate if that’s what they’re going for. (And whether it serves the mutual goals).

Unless you’re ready and willing to have such conversations (despite the discomfort), you cannot take the powerful, life-changing decisions that come with senior leadership.

How do you put this into action if you’ve a history of avoiding confrontation like me?

Practice getting into discomfort.

Exercise the muscle of willingness to lean in.

The resistance you face for a cold shower is the same resistance that makes you avoid critical conversations.

Start with daily uncomfortable things, do them inspite of your mental stories about them.

For example, these are my current practices:

So how can you practice getting into discomfort this week? Hit reply and let me know.

That’s it for today. Here’s to hoping that we all get to the cool cucumber state about the conversations we need:

See you next week!

PS: I've opened up my calendar to help people if they've a critical conversation coming up. Don't get stuck in your sneaky mental stories. Ask for help. It's FREE and quick - 15 min Critical Conversation Boost.

Hey, there! I talk about non-linear growth strategies and leadership development for tech managers. Get mindset deep dives to break through into senior leadership roles.